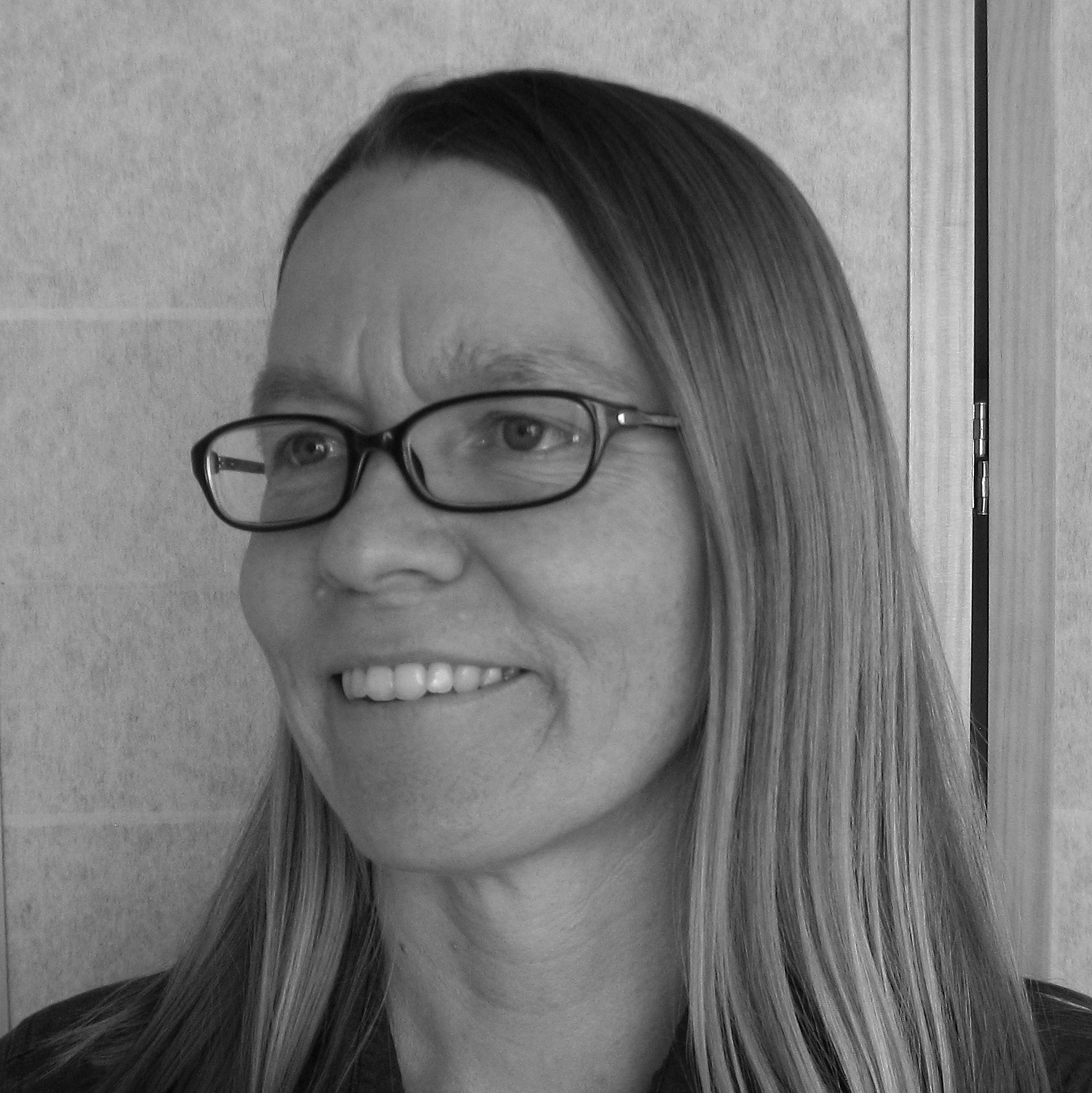 In The Nature Conservancy’s California Chapter, Sophie leads the Energy Program’s science team in the Mojave and Sonoran deserts. She also provides science guidance to the Chapter's engagement on urban stormwater, and leads the Biodiversity Analysis in Los Angeles (BAILA) Program, which is developing new methodologies for the planning and implementation of urban biodiversity worldwide. She has over 20 years of experience in ecology and conservation science.

Prior to joining the Conservancy, Sophie was a postdoctoral scholar studying mycorrhizal fungi in the Environmental Studies Program at the University of California, Santa Barbara. She received her Ph.D. from the Department of Ecology, Evolution, and Marine Biology at the University of California, Santa Barbara, where she examined the role of soil nitrogen in preventing the reestablishment of native bunchgrasses in previously invaded California grasslands. One of Sophie’s long-term career goals is to better integrate the fields of soil science and ecosystem ecology into conservation practice.

What Sophie is working on now:

I am leading an interdisciplinary team of scientists investigating desert springs through the use of isotopic analysis, botany, eDNA, and remote sensing, so that we can develop better, faster, and less expensive metrics for monitoring of these critical hotspots of desert biodiversity.

This paper presents results from the Mojave Desert Springs research project, and discusses why the conservation of these groundwater-dependent ecosystems is so critical to biodiversity. The authors present results of a comprehensive survey of Mojave Desert springs including hydrological and ecological observations, and an…

This paper presents results from the Mojave Desert Springs research project. The authors used an environmental DNA (eDNA) technique to assess biodiversity at four naturally occurring springs. They compared the effectiveness of detecting DNA in water and sediment with conventional field survey and…

Cities across Southern California are investing in new infrastructure to address the challenges of stormwater management. We promote the use of nature-based solutions to ensure projects both treat stormwater and yield multiple additional benefits. TNC’s spatial analyses, summarized in this poster, help prioritize where to site…

This paper furthers our understanding of what makes some species rare, and others more common. The authors grew monocultures of 18 California grassland plant species and measured their growth and ability to alter soil properties such as moisture and nutrients. Then they related these metrics…

A Biodiversity Analysis in Los Angeles

This report is a product of the Biodiversity Analysis in Los Angeles (BAILA) project. It provides details on why we conducted our analysis, how the partnership between the Museum and the Conservancy was formed, how our Core Team, Scientific Advisory Group, and Stakeholder Group…

This dataset is a product of the Biodiversity Analysis in Los Angeles (BAILA) project, and demonstrates a new way to evaluate urban biogeography—patterns in the distribution of species across urban areas. The authors developed a hierarchical, quantitative method for classifying urban lands into different…

This paper presents a new way to evaluate urban biogeography—patterns in the distribution of species across urban areas. The authors developed a hierarchical, quantitative method for classifying urban lands into different habitat types, and then used citizen-science data to assess each type’s biodiversity. This approach…

This paper discusses changes in the conservation value of lands in the California Mojave Desert caused by renewable energy development that occurred between 2009 and 2016. The authors remotely assess the impacts of land use change caused by solar and wind installations in two areas…

The Promise of eDNA: A New Kind of Fieldwork to Guide Conservation

This blog post discusses how environmental DNA or “eDNA” methods can be used by conservation biologists. These methods rely on the premise that DNA is shed by organisms through normal, everyday activity. DNA collected in the field is compared with known specimens to determine what…

As a basic principle of ecological systems, a watershed’s hydrology determines the flow characteristics of its river system. These flows define what the biological characteristics of that river will be, which in turn determine what kinds of habitat enhancement projects will succeed at various locations along…

Ecological spillover dynamics of organisms from urban to natural landscapes

This paper discusses the impact of urban-dwelling plants and animals on regional wildland populations, both within and across species. The authors reviewed the global conservation literature and identified seven ecological processes that have the potential to be affected by spillover from urban to wildland areas.…

Ecological Values of the Amargosa River in California

The 185 mile-long Amargosa River, one of only two rivers with perennial flow in the California portion of the Mojave Desert, is fed by an ancient groundwater aquifer. The river provides habitat for hundreds of organisms, including a unique suite of rare, endemic, and imperiled…

A bioblitz is a collaborative, rapid field assessment that takes place in a given location over a short period of time. This paper discusses how bioblitz events involving experts are being used to meet the needs of conservation. The authors discuss the best practices for…

In 2017, The Nature Conservancy co-organized an “Expert BioBlitz” to explore a 26-mile stretch of the Wild and Scenic Amargosa River, located in the heart of the Mojave Desert. The event was designed be a rapid-response, high return-on-investment method for the collection of high-quality field…

This book chapter discusses how California's greenhouse gas emission reduction goals spurred solar development in the Mojave Desert—development that could have negative impacts if poorly sited. The authors discuss their wall-to-wall assessment of conservation values across the 32-million-acre Mojave Desert, and their estimation of…

Putting Nature on the Map in L.A.: How do we guide urban infrastructure investments to solve problems for people and nature?

This study addresses a basic problem shared by many riparian conservation projects: parcelization. Having dozens or hundreds of owners along a river can make conserving riparian ecosystems a difficult and expensive enterprise. In the study, the authors present a science-based method for prioritizing the acquisition…

Tortoises and Solar Power: Can science help reduce tradeoffs between development and conservation?

Strategies for preserving the Earth’s biodiversity that can be employed within cities are likely to become more common as urban areas continue to increase in size and number. Progress towards the development of effective conservation methods for urban areas is impeded by several factors, including…

This paper reviews how the Conservancy has maximized its return on investment on the Santa Clara River in Ventura County, California by focusing riparian restoration efforts in a few methodically-chosen conservation nodes that include properties with high conservation value or high restoration potential. The Conservancy is…

Keep It Cool: What Desert Plants Can Teach Us About Climate Change

Everyday Nature: The Microbes Around (and In) Us

Industrial-scale renewable energy generation facilities can have sizable footprints and therefore significant impact on the conservation values of a landscape. This assessment focused on a region experiencing intense development pressure, the western Mojave Desert, to highlight how facilities could be sited to have lower impact…

Small preserves are difficult to manage, but they can be important for rare plant protection. The article outlines the management challenges faced by small preserves, provides a case study from The San Bernardino Mountains of southern California, and suggests strategies and management recommendations for rare…

Understanding how plant invasions occur is vitally important for land managers and conservationists working to enhance biodiversity in California grasslands. While much of the research on this topic has focused on the shifting mosaic of plant species aboveground, this study highlights how understanding the differences…

Soils harbor an estimated 1.6 million species. An estimated 1% of the earth’s topsoil is lost each year and in the U.S. over 500 rare soil types are classified as endangered. The biodiversity of soils underpins crucial ecosystem services which support the plants and animals typically targeted…

Regional conservation planning is critical to inform land and resource use decisions. The Mojave Desert Ecoregional Assessment represents an important advance in such planning, because of how its output  characterized not just areas of high conservation value, but how conservation values distributed and graded across…

This collaborative conservation assessment, characterizes the biodiversity, ecosystem services, ownerships, and land uses in the Southern Sierra and Tehachapi Mountains, and assesses threats to conservation values. The authors examine how a changing climate will impact or interact with these threats, forecast long-term responses in the landscape, and…

This Conservation Action Plan identifies targets, threats, and actions to achieve conservation success in the face of climate change in the Tehachapi Mountains. The Tehachapis lie at the convergence of four ecoregions in California and constitute an important landscape linkage between the Sierra Nevada Mountains…