Can science help reduce tradeoffs between development and conservation? 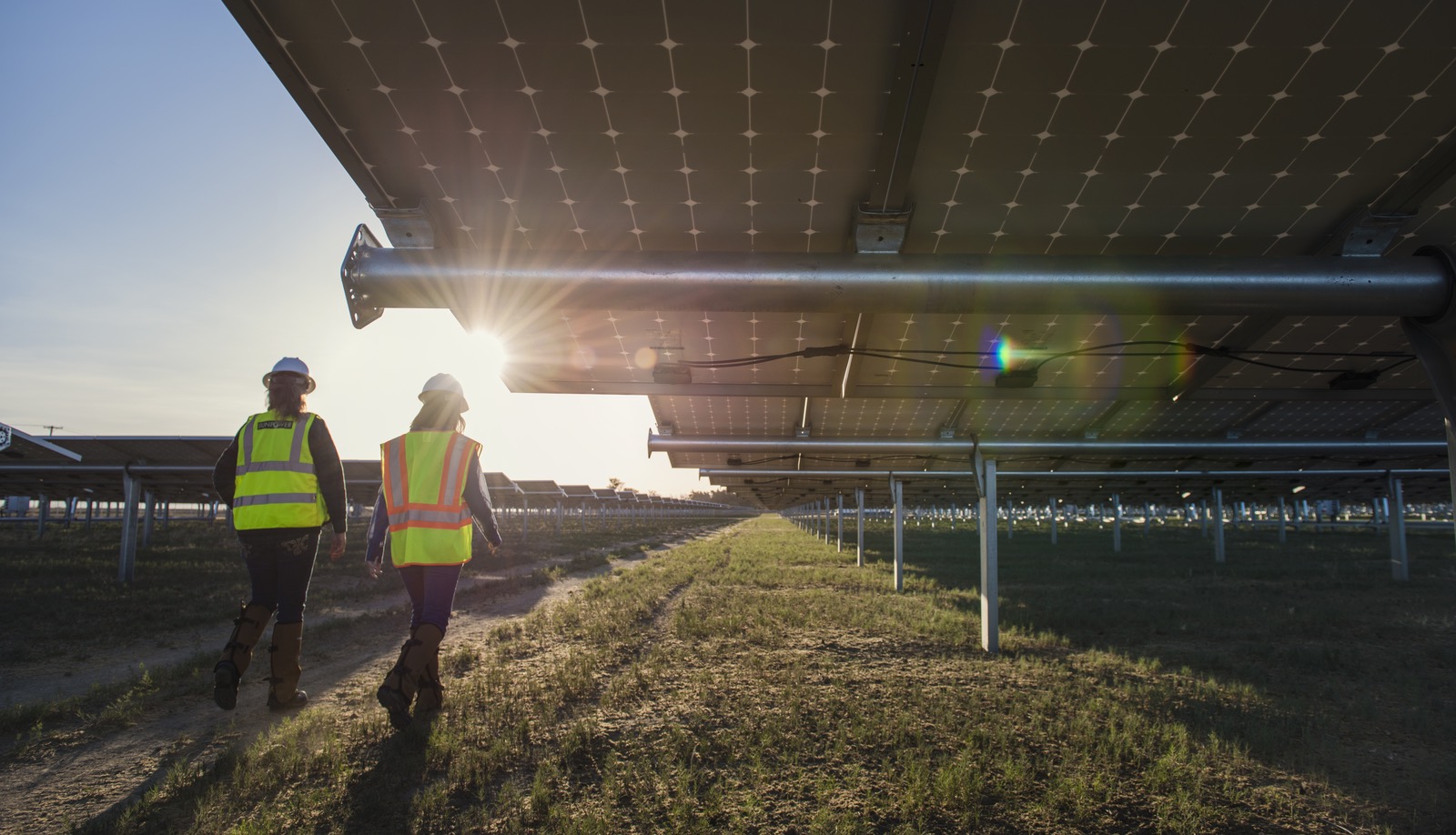 As a leader in addressing climate change, California seeks to reduce greenhouse gas emissions by obtaining half of its energy from renewable sources. This goal has spurred a rush on solar development in the Mojave Desert. Unfortunately, large-scale renewable energy facilities can have negative impacts on desert habitats if they are inappropriately sited.

Large expanses of the Mojave Desert are currently undisturbed, constituting one of North America’s most intact wilderness areas. The desert is home to plants and animals capable of surviving some of the Earth’s harshest conditions — from the long-lived desert tortoise that beats the heat in underground burrows, to endangered pupfish found only in desert springs and nowhere else in the world. Desert soils support slow-growing biological crusts composed of lichen and micro-organisms, which store moisture and nutrients necessary for plant life. Once the crust is damaged, soil is lost to dust storms that pollute the air hundreds of miles away, and natural regrowth of soil crust and plants in this arid climate can take years to centuries.

The challenge is to ensure that, as resources are harnessed to generate renewable energy to meet greenhouse gas emission reduction goals, these efforts do not come at the expense of the Mojave Desert’s distinct ecological and wilderness values. 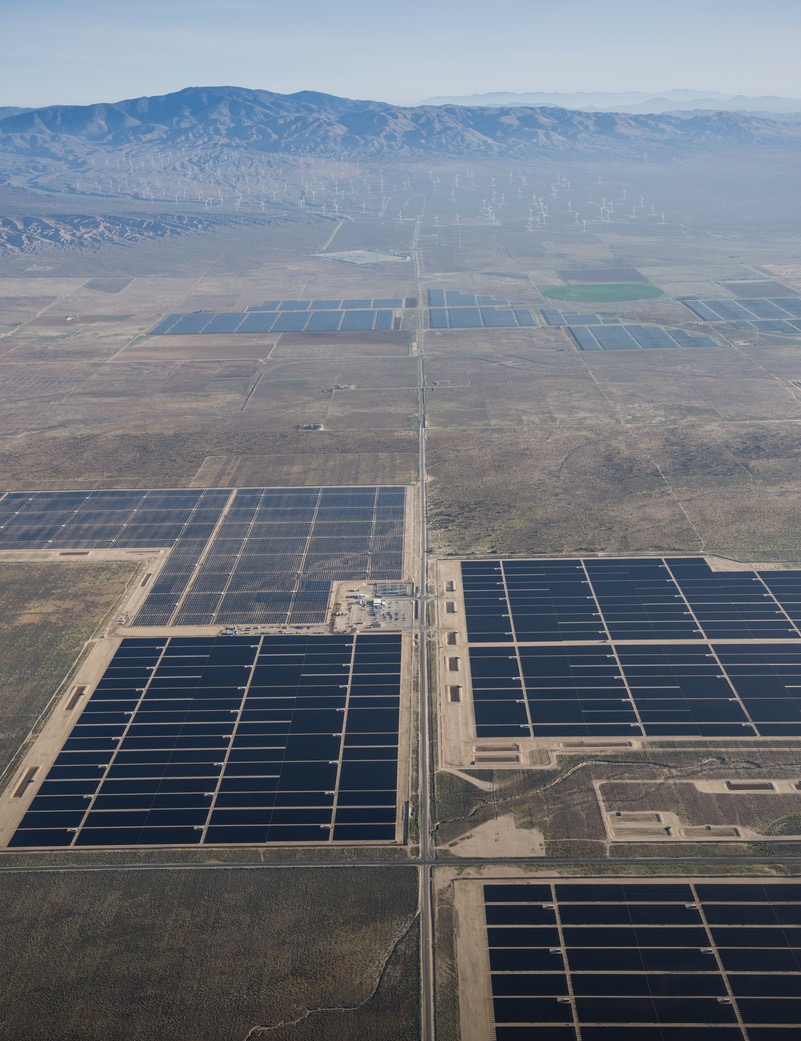 Aerial photo of several solar facilities in Rosamond, California. Although tapping renewable energy sources is critical to address climate change, some methods for doing so result in an industrial land use with a large physical and ecological footprint. Siting such facilities away from areas of high conservation value can help ensure that “green energy” is indeed “green”. Photo: © Dave Lauridsen

Recognizing the threat that poorly-sited solar facilities would pose to biodiversity in the Mojave Desert, Conservancy scientists spearheaded an effort to assess and map the conservation values of the Mojave Desert Ecoregion, which spreads across California, Arizona, Nevada and Utah.

In conducting the assessment, the team advanced some key innovations in regional conservation planning. Typically, plans only identify areas that are conservation priorities, leaving other portions of the landscape unassessed and vulnerable to development. In contrast, the Mojave Desert Ecoregional Assessment provides a novel, wall-to-wall analysis. We categorized lands throughout the entire 32-million-acre ecoregion into one of four groups based on attributes such as biodiversity richness, intactness, and condition.

We then estimated the amount of solar energy that could be provided on lands that were suitable for development due to topography and previous disturbance. We demonstrated that California could easily meet the energy production goals it had in the desert without developing areas most important for protection of biodiversity.

The assessment was influential in helping direct development to already-disturbed lands, as part of California’s Desert Renewable Energy Conservation Plan, and in the permanent protection of 6.5 million acres – an area larger than the state of Maryland – for conservation. This approach is now also being used to guide solar development on publicly-owned Bureau of Lands Management land in six southwestern states.

The assessment well demonstrates the power of science-based planning to help reduce tradeoffs between conservation and other societal goals.

This book chapter discusses how California's greenhouse gas emission reduction goals spurred solar development in the Mojave Desert—development that could have negative impacts if poorly sited. The authors discuss their wall-to-wall assessment of conservation values across the 32-million-acre Mojave Desert, and their estimation of…

Integrating ecological data into long-term energy planning is critical to meet both California’s long term energy and conservation goals. This report assesses the potential trade-offs associated with renewable energy build-out by evaluating the land and water use implications and cost of a range of potential…

A Conservancy analysis of the western Mojave Desert identified where human activities had degraded the conservation value of lands making them potentially low impact locations for development of solar facilities. In this assessment authors applied that same approach in the Western San Joaquin Valley—an area with…

Industrial-scale renewable energy generation facilities can have sizable footprints and therefore significant impact on the conservation values of a landscape. This assessment focused on a region experiencing intense development pressure, the western Mojave Desert, to highlight how facilities could be sited to have lower impact…

An Approach to Enhance the Conservation-Compatibility of Solar Energy Development

California, like many regions in the world, needs to plan for emissions reductions and domestic clean energy. Ideally, that would be done in a way that is strategic, not reactionary. Through science-based landscape planning for conservation and energy, the trade-offs between energy development and habitat…

Renewables in the Mojave Desert

This map and a series of others in the Conservancy's 2010 Mojave Desert Ecoregional Assessment have played a guiding role in siting—and mitigating the impacts of—renewable energy development throughout the Mojave Desert. The Assessment helped shape the Desert Renewable Energy Conservation Plan. Completed and signed in 2016, the…

Regional conservation planning is critical to inform land and resource use decisions. The Mojave Desert Ecoregional Assessment represents an important advance in such planning, because of how its output  characterized not just areas of high conservation value, but how conservation values distributed and graded across…