By highlighting the ecological roles of estuaries, can we protect these threatened coastal habitats? 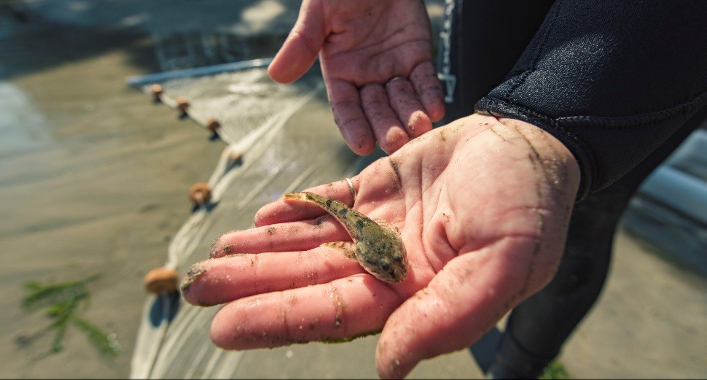 Estuaries are dynamic coastal habitats that play a vital role in the lives of many fish, crabs and other aquatic creatures. These semi-enclosed bodies of mixed salt and freshwater develop where rivers and streams meet with the ocean. Water flow slows down, allowing suspended sediments to settle out, creating shifting architectures of fringing islands, sand bars, salt marshes, mudflats, bays, sloughs and lagoons.

Estuaries often serve as wildlife “nurseries” because they’re so conducive to supporting young life. Inside an estuary, hatchlings are protected from the ocean’s strong currents and tides. Seagrass beds take root in nutrient-rich bottoms, giving juvenile fish and invertebrates plenty of places to feed and hide from predators until large enough to survive in open waters. Despite the important ecological role they play, there has been relatively few studies of the role of estuaries as nurseries and the species that are dependent on them.

This under-appreciation of estuaries’ contribution has had far-reaching consequences, as about 90% of California’s wetlands have been destroyed by development without a full accounting of the impact. Besides serving as nurseries, estuaries also filter and clean water, store carbon, and buffer coastal communities from flood and storm damage. Additional development, pollution and climate change all threaten to further reduce the capacities of the remaining coastal estuaries.

To address this scientific blind spot, scientists in The Nature Conservancy in California have initiated several groundbreaking studies along the west coast that are highlighting what’s at stake.

Initially, so little was known about estuaries as a whole, that it wasn’t even clear how many occur along the U.S. west coast. Our marine and data scientists worked with partners to review and synthesize research about every estuary, which numbered over 600. Then, using established criteria, we categorized each into estuary type (i.e. “river mouth estuary” or “coastal lagoon “) and mapped them using spatial data. The maps and underlying data from 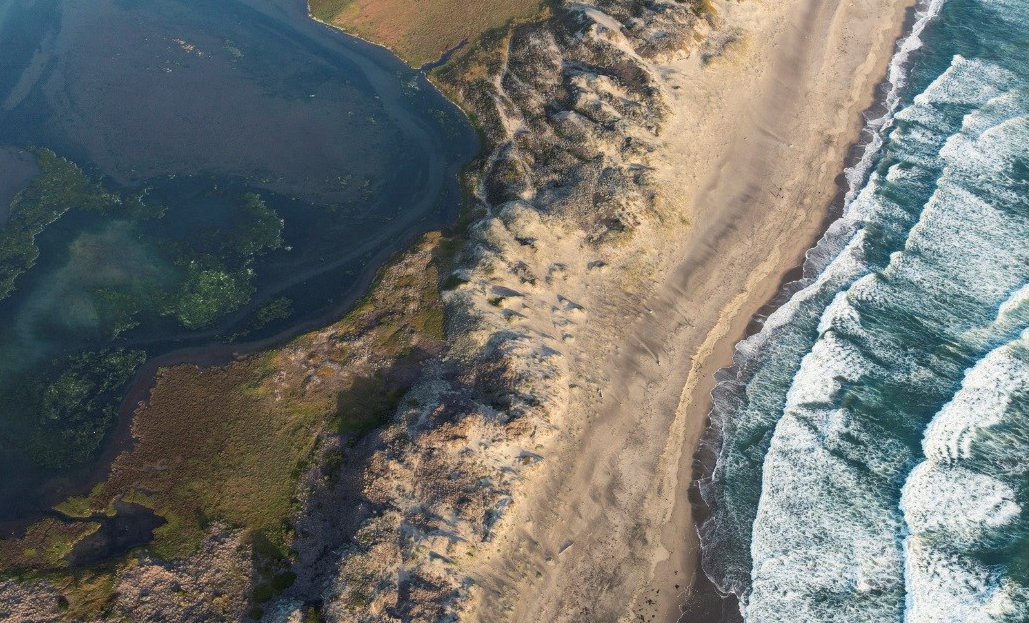 Using that Inventory as a baseline, we then took a deeper dive into the literature to identify how big of a nursery role estuaries play for 15 focal fish and invertebrate species. We found that smaller estuaries are surprisingly important. For example, though Navarro Creek in northern California is a relatively small estuary (36 ha), we found juveniles of eight of 15 focal species there. This was an important result given that much of the prior conservation focus on west coast estuaries has centered on large and medium-sized estuaries. Salmon, in particular, use estuaries for key portions of their spawning migration and we are learning more about which species are most dependent on healthy estuaries. We also found that within estuaries, seagrass beds play a very important role supporting young fish—compared to other estuarine habitat types—hosting 13 of the 15 focal species.

Our study was just a snapshot of estuaries’ nursery capacity. The species we focused on range from commercially important species like Dungeness crab, coho salmon and steelhead trout, to others that are not typically fished, like leopard sharks, skates and bay shrimp, which play important roles in the ecosystem.

To better understand the relationship between estuary health and fisheries, we worked with partners to hone in on the contribution of one particular estuary: Elkhorn Slough in Monterey Bay. Published in the Proceedings of the National Academy of Sciences, our study is the first along the west coast to demonstrate the consequences of agricultural run-off for offshore fish populations. 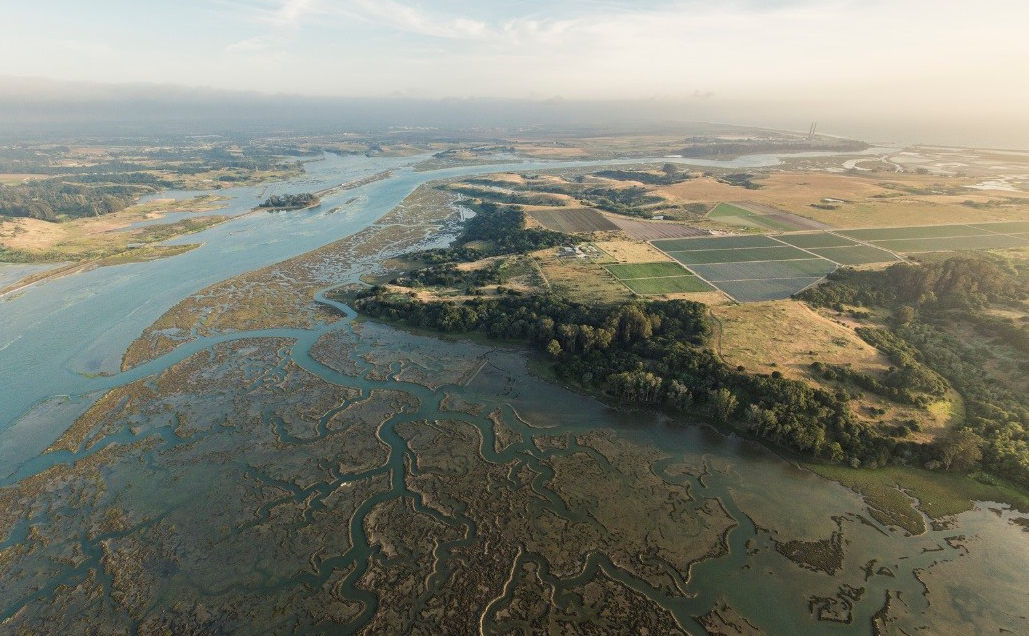 Elkhorn Slough in Monterey Bay has some of the highest nutrient pollution of any estuary in the country. Low oxygen levels – a consequence of excess fertilizer from surrounding farms washing into the water –   have drastically reduced the diversity and abundance of juvenile fish. © Kiliii Yuyan

To conduct the study, we assembled long-term data sets on fish abundance, water quality, and oceanographic and climatic factors over the past 40 years from Elkhorn Slough and Monterey Bay. We found that Elkhorn Slough has some of the highest nutrient pollution of any estuary in the country. Low oxygen levels – a consequence of excess fertilizer from surrounding farms washing into the water –   have drastically reduced the diversity and abundance of juvenile fish. Using long-term datasets, we showed that the years of poor nursery function were followed the next year by reduced abundance and recruitment of adult fish to the offshore fishery in Monterey Bay. We also documented that these nutrient impacts on juvenile fish are lower during wet El Niño years—likely due to better flushing of the estuary.

These studies highlight the strong connections between land and sea, and suggest that fisheries would benefit from land management strategies that conserve or expand existing estuaries, and reduce agricultural run-off and other pollutants. Ultimately, a complete analysis of juvenile habitat in all coastal water bodies would be a valuable tool for future conservation, restoration and management of estuaries and the species they support.

Conserving California's Coastal Habitats: A Legacy and a Future with Sea Level Rise

This comprehensive study of a major California estuary documents the links between nutrient runoff from coastal land use, the health of the estuary as a nursery for young fish, and the abundance of fish in an offshore commercial fishery. The researchers assembled long-term data sets…

An Inventory and Classification of U.S. West Coast Estuaries

Estuaries are some of the most productive ecosystems on the planet. This inventory classifies more than 600 coastal confluences on the West Coast of the United States. Each estuary was classified using the federal Coastal and Marine Ecological Classification Standard (CMECS). A spatial database of…

Nursery Functions of U.S. West Coast Estuaries: The State of Knowledge for Juveniles of Focal Invertebrate and Fish Species

Estuaries support significant biodiversity and important ecosystem functions such as providing rearing habitat for juvenile fish and invertebrates. This report synthesizes the scientific literature and geospatial data on the nursery requirements of fifteen species of commercial, cultural, and conservation concern and highlights the potential nursery role…

Since 2007, The Nature Conservancy has pioneered a first-of-its-kind fishery reform approach that aligns communities, the fishing industry, and conservation interests to drive strategic changes in fishery management and harvest practices. We have provided science and planning expertise and applied technology to increase efficiency and…

While significant progress has been made over the past few decades in improving estuarine water quality, restoring wetland habitats, and incorporating estuarine habitats into managed areas, estuarine conservation efforts along the U.S. West Coast—including Washington, Oregon, and California—have generally proceeded on a bay-by-bay basis, with…