How can science help us understand – and address – the environmental impacts of cannabis cultivation? 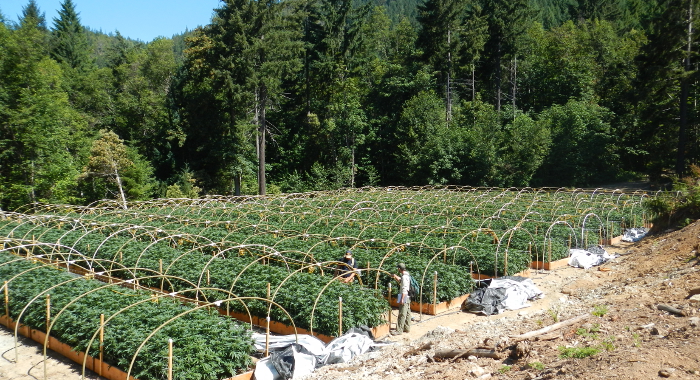 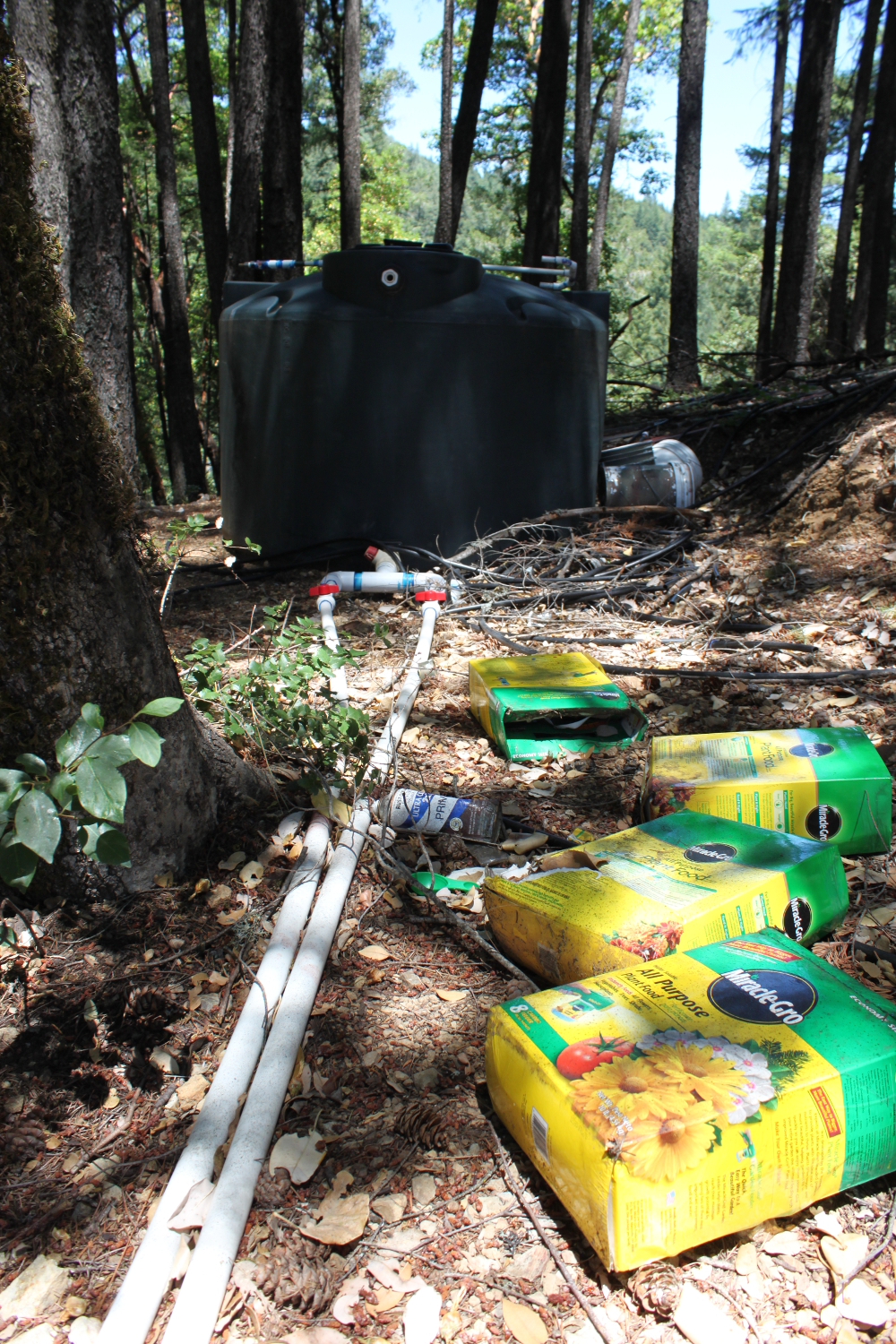 Discarded fertilizer boxes reflect not only how cannabis cultivation is introducing agro-chemicals into natural landscapes, but also trash and other pollution. These pipes deliver illegally diverted stream water to cannabis gardens, which can lead to the dewatering of streams and stranding of fish. Photo: Jennifer Carah

For years, cannabis has been California’s highest value crop. And because grows were mostly tucked out of sight in the remote, densely forested landscapes of northern California, most Californians were unaware that the industry was quietly devastating the environment.

A few years ago, as the state moved closer to legalization, Conservancy scientists set out to characterize the damage. Because of the hidden nature of the industry, and the danger in accessing cultivation sites, few scientists had been able to put hard numbers to the environmental impacts. So we collaborated with agency staff and researchers who had been monitoring and documenting different aspects of the issue, and jointly published a synthesis of the scope and scale of the environmental impacts.

Our findings were eye-opening.  Cannabis is grown in the hidden corners of California, in mostly undeveloped, remote watersheds that are also home to endangered animals like salmon, steelhead trout, and northern spotted owls. Growers tap small streams at the driest times of year, sometimes drying streams completely, and threatening the survival of fish, amphibians, and other animals. Cannabis plantations can also pollute lands and water, as well as poison wildlife through the unregulated use of pesticides, herbicides, fertilizers, and petroleum fuels. For example, black market growers trespassing on public lands often use rat poison, which accumulates in the food chain, harming or killing rare Pacific fishers and northern spotted owls.

This collaboration by concerned scientists allowed us to rapidly answer pressing questions and inform emerging policies. Our findings helped persuade legislators and policy makers to include substantial environmental provisions in the 2015 and 2016 laws that now allow for both medical and recreational use in the state. These regulations create industry oversight that never existed before – and ways to pay for it. New permitting processes are already in place, and when new laws are fully implemented, we anticipate an annual revenue stream of $200 million to be available to protect and restore rivers, streams, and forests.

Cannabis has been an industry in the shadows for many decades and little studied. In partnership with U.C. Berkeley and U.C. Cooperative Extension, Conservancy staff developed the first cannabis growers survey on cultivation practices in California, and also asked questions about grower’s experiences with the…

Cannabis has been an industry in the shadows for many decades and little studied. In partnership with U.C. Berkeley and U.C. Cooperative Extension, the Conservancy staff developed the first cannabis growers survey on cultivation practices in California. The goal of the survey was to understand…

The emergence of cannabis agricultural frontiers as environmental threats

While cannabis cultivation in California is known to sometimes have serious collateral impacts on the environment, those impacts and their extent are not well understood or described. In this paper, the authors quantify growth in the footprint of cannabis cultivation between 2012 and 2016 in…

High Time for Conservation: Adding the Environment to the Debate on Marijuana Liberalization

Marijuana cultivation can have significant negative collateral effects on the environment that are often unknown or overlooked. This study focuses on California, where by some estimates, 60–70% of the marijuana consumed in the United States is grown. The study adds the environment to the debate…